Influence of seeds vigor in the attributes of soybean yield

This study aimed to evaluate the influence of three levels of seeds vigor in the attributes of soybean yield when cultivated in the state of Rio Grande do Sul. The experiment was conducted in the crop season of 2017/2018, in the city of Condor, located in the state of Rio Grande do Sul, Brazil. The experimental design was random blocks organized in factorial scheme being two soybean genotypes (NA 5909 RG and BMX Ativa RR) x three vigor levels (high, medium and low), and disposed in four replicates.  The data was submitted to normality and homoscedasticity analysis, variance analysis and interaction between soybean genotypes x seeds vigor level, linear correlation, Mahalanobis algorithm and analysis of the Biplot main compounds. The usage of high vigor seeds determines the plant stand per unit of area and the GY of soybean.  An increment of 20% is obtained for GY due to the use of seeds with elevated physiologic potential independent of the soybean genotype or growing habit. The soybean initial establishment, when compromised, negatively influences the yield compounds, and abrupt modifications in the plants array results in null compensating effects. 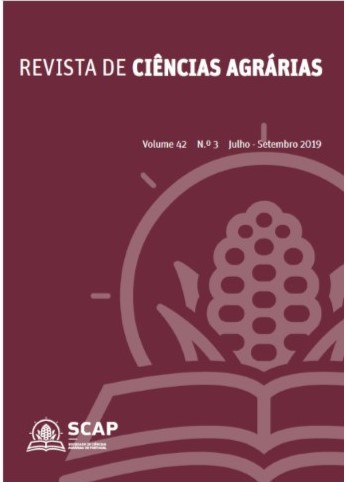