Are the Streets Still for Dreaming? Punk Rock, Thrash, and Heavy Metal

The urban experience in Beirut with a sphere of skaters, metal heads, thrashers and Punk rockers interweaved into a self-differentiated, less-than-a decade old DIY underground culture, proposes another perspective on the limits of historically framing ‘Punk subculture’. The lifestyle and variable factorial structure of the group defines their shifting identity boundaries, where thrashing and music share rituals and practices, and redefine the urban experience on two levels: remapping the city axis through thrashing the streets, and underground and DIY music practices. From the urban fabric, layered and divided with sects, political affiliations, economical and social classes, the group of a young and charged history sparks from the shapeless with an assault with gesture, as an autonomous act of a time-space capsule that escapes and disrupts preexisting social boundaries and patterns, through a ‘poetic’ relationship to space. From the sphere of voices, an alternating rhythm of punctual cuts through the urban layers of identity, an unspoken narrative starts to form, where a new layer, with a mayhem resistance, breaches identity constructs and loaded spaces. But the rhythm leads the narrative to shape itself as linear. Therefore questions about continuity surfaced; the scene having a differentiated genesis and structure. The sphere has rooted geo-specific practices transmitting a ‘displaced’ musical heritage, anchored in its own history; it has become an auto-referential non-place. Permeable to global mainstream while resisting the postmodern aesthetics assimilation the ephemeral ‘Other’, the sphere resists sociological objectification and representation models, accepting no discourse, even that of a subculture, but, in spite, becomes social agent. If the production of music and space has become a fulfilled or broken promise for itself and for its reception, yet a viable and valuable mode to revitalize the study of sociological frameworks, how to escape then sociological objectification? 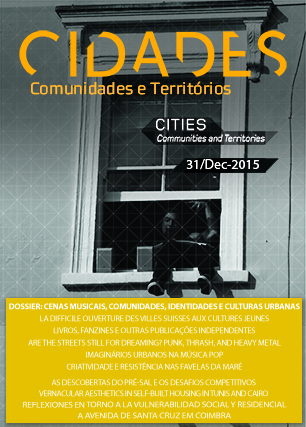