In the aftermath of World War II, Belgium was facing a serious housing shortage. The Christian-Democrats, who dominated the political landscape, answered the housing need by the encouragement of detached single family houses. The social-democrats on the other hand, championed high-rise buildings and large housing complexes in urban areas. In Antwerp, where the social-democrats were in power since the interwar-period, the modernist apartment block was not only seen as a good solution, but also as a promotional instrument for their enlightened policy. In a belt around the city, mixed development settlements with high-rises were developed. In the North of Antwerp, the Luchtbal-estate of Hugo Van Kuyck (1954-1962) emerged, in the West, Europark designed by Aelbrecht, Bruynswijck, Moureau and Wathelet (1968-1972), and in the South, the Kiel-estate designed by Renaat Braem (1953). Although all the three complexes are modernist, they completely differ in concept, architectural quality, degree of detailing, etcetera. While the oldest estate, the Kiel-estate is appreciated as a very prestigious, avant-garde social housing project, the youngest one, Europark, is rather seen as a watered down version of modernist housing. Whereas Renaat Braem was inspired by the Russian Constructivists and Le Corbusier, Hugo Van Kuyck was influenced by American modernism. This article aims to show the diversity of modernist high rise buildings in the fringe of Antwerp by means of a comparative analysis of the two housing projects, Luchtbal and Kiel. 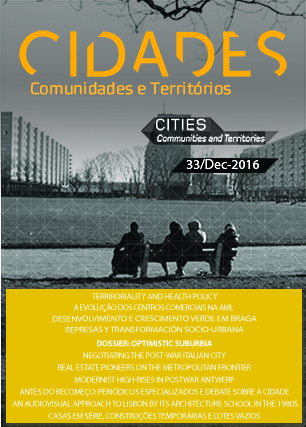