Our dreams do not fit in your ballot boxes

A laboratory of artivist experimentation

There is a dominant framework of art that limits its social impact based on criteria defined and reproduced by cultural elites. Artivist performances can subvert these power relations since they incorporate symbolic dissension in an intervening way in the real. They have a transforming potential — individual and collective — that combines aesthetics with ethics and brings art closer to society.

Within this logic, in a rupture of disciplinary limits between art, politics and anthropology, I developed an artivist troika called OUR DREAMS DON'T FIT IN THEIR BALLOT BOXES, consisting of book (Artivism - Video and Performance) + video installation (exhibited at MNAC - Museu do Chiado) + performance in 3 Acts (which began with the artivist occupation of the MNAC - Chiado Museum and expanded to the National Museum of Ancient Art and to Ajuda National Palace, headquarters of the public power of Culture in Portugal).

The article presents the author's perspective of an entire artistic and political laboratory where artistic forms allowed obtaining a voice in the public sphere, constituting its participants in political actors of contestation to the status quo. Throughout the text it is revealed how experience was lived in loco, demonstrating how art can empower people and how the body is the most democratic and universal medium to execute it.

After a deep process of questioning of the art system, we inevitably come to question the artist's own place in contemporary society. 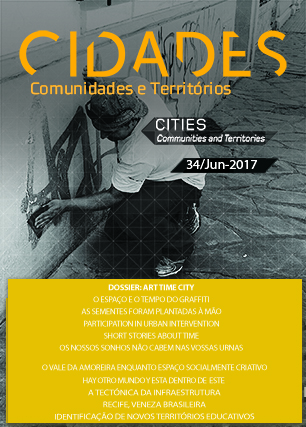