Bonjour Tristesse. Types of residential dissatisfaction in Portugal in relation to territories, policies and instruments

Most countries face chronic housing problems, which have produced countless social tensions and politico-economic opportunities. The housing question has had different characteristics, related to quantitative and qualitative issues or the urban and environmental surroundings of the housing.

Between the on-going problems’ mutations and the administration responses through public policies, complications emerge: difficulty to understand the issues and their importance, and lack of resources, resulting in a worsening in residential dissatisfaction, degradation of the affected areas and diminished capacity to attract residents and investment.

To illustrate this, a spatialisation of housing dissatisfaction is presented for the municipalities of mainland Portugal, using recent statistical data. The variables used relate to the most common residential problems – overcrowding, degradation and lack of infrastructures – and also accessibility for people in wheelchairs and commuting time.

The statistical processing allowed for an identification of six clusters illustrating different types of residential dissatisfaction. They feature an interesting spatial distribution, supporting the view that geographic specificities can explain housing dissatisfaction profiles.

The results were correlated with the official instruments for mitigating residential dissatisfaction in order to verify their degree of coherence.

While the true origins of the problem may not lie in the housing itself, or in the area’s economic activity, but mostly in the income available to the families affected (retired/pensioners, minorities, unemployed people, precarious workers and other instances of social deprivation), the implications of the results obtained are evaluated for a social housing policy that is increasingly focusing on families, concrete types of dissatisfaction and territorial specificities. 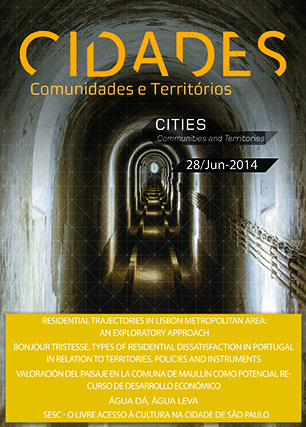 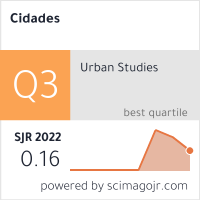