Creativity and governance in the contemporary city: The conjugation of two complementary and polyhedral concepts

This text resulted from a research project that seeks to observe and interpret forms and flows of governance (sociopolitical and cultural) associated with creative (and cumulative) dynamics in cities and in pro-urban territories. It results from a work of theoretical and critical reflection on basic concepts (creativity, vitality and governance in the city) and the empirical projection of such perspectives in a set of interviews carried out with key actors in the thinking and action around the contemporary city , in 3 metropolitan territories: Lisbon, São Paulo and Barcelona.

It was tried not only to identify the different perspectives around the concepts and respective dynamics of complementarity and connectivity between them; but also the structuring and metabolic conditions for the sustained development of creativity in today's city, both in terms of its spatial / geographical configurations, but also in the associated socio-cultural and economic environments. There are also forms of promotion and public and private support of urban creativity, discussing political strategies and governance processes for their empowerment.

Different perspectives (in relation to the city itself and its emancipation) lead to different rationales of sociopolitical action, particularly in the face of dynamics and governance structures. This text mirrors such perspectives of political rationality, in the scope of the promotion of urban creativity. Notwithstanding an inherent (and salutary) diversity of perspectives, the importance of urban-spatial elements such as the diversity and proximity of different types of actors, their transactional practices, mobility and daily dynamics; along with key elements in the local / metropolitan governance sphere, such as openness and proactivity (and corresponding capacity for organizational change), as well as the dissemination of information and vehicles for debate and co-responsibility, are vital elements for strengthening the governance of creativity in the contemporary city. Governance thus strengthened, and which will allow for itself (although also requiring visions and rationalized actions) the multiplication of agents, processes and creative projects across the most diverse urban spaces and times. 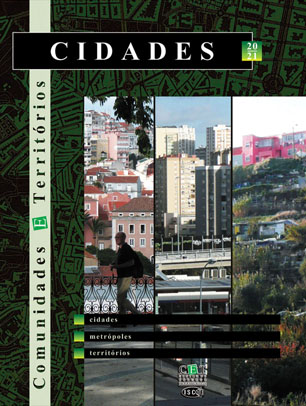