Marriage dissolution of same-sex couples: to whom is custody of the children attributed?

After the implementation of Law 15/2005, there are quite a few same sex couples who have married. After 15 years, many of them have dissolved, which means that many others have been involved in child custody allocation processes. This article aims to know how custody modalities are distributed after the divorce of same-sex marriages and what social variables influence them. For this, quantitative methodology is applied, using, specifically, the Statistics on Annulments, Separations and Divorces (INE) and applying descriptive and multivariate analyses. It is concluded that shared custody is an upward modality after the dissolution of these marriages, surpassing since 2016 the exclusive modality. In addition, variables such as the possession of dependent minor or elder children, the existence of the custody law of each Autonomous Community, the age of the spouses and the judgment of the sentence, are variables that influence its modality. 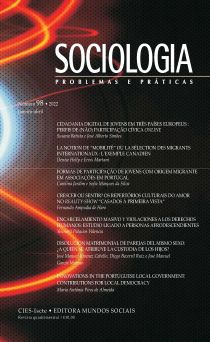