An Analysis of the Educational Practices of Soteropolitan Hip-Hop

The objective of the present study is to analyze educational practices in hip-hop culture or, in other words, to understand how hip-hop enables awareness of identity and individual and collective decision making among young people who are part of the hip-hop movement of the city of Salvador, Brazil, as well as to identify the methodologies adopted in the teaching and learning process, and to analyze the goals of the non-formal education practiced by this group. A qualitative ethnographic research method of the type proposed by André (2002) was used, characterized by the use of techniques commonly associated with ethnography, such as participant observation, intensive interviews and document analysis, while allowing the ethnographic research of the author to differ from ethnography, in that some technological methodological requirements are not followed to the letter. Data was gathered through observation and interviews to young people who form part of the Salvador hip-hop movement. From this work we believe it may be concluded that the nature of the hip-hop movement in Salvador, whether through concerts, group meetings, workshops or lectures, or through any other activities supported by this movement, is based on practices of non-formal education, as hip-hop is a major factor in transforming the reality of poor, young, black, marginalized individuals, whose possibility of social, political and cultural activism lies in this reunion of leisure and politics. 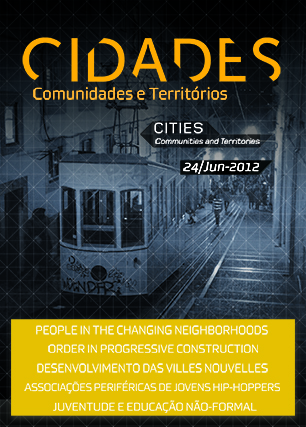