100 times social housing: buildings rehabilitated or with rehabilitation potential in the central region of São Paulo

This article's subject includes public policies about unused and deteriorated buildings rehabilitation and converting them to social housing use. In this context, the main goal of this article is to introduce and classify about 100 buildngs located in São Paulo downtown. This sample is divided between rehabilitated buildings and buildings with rehabilitation potential. They were identified and organized by the author in his post-doctorate course (FAU-USP). With the sample identified, all of buildings were visited: there were 19 visits between August 2016 and February 2017. The buildings were divided among ten classes, which will be detailed in this paper: 1. REHABILITATED buildings, 2. EXPROPRIATED buildings, 3. EXPROPRIATION IN PROGRESS buildings, 4. ZEIS buildings, 5. FUPAM buildings, 6. UNUSED buildings, 7. DETERIORATED buildings, 8. UNFINISHED buildings, 9. OCCUPIED buildings, 10. FOR SALE buildings. This paper indicates procedures to organizer and to catalog rehabilitation opportunities, because it shows juridical-administrative and economic-constructive potentials under these ten building classes. The author also did a large literature review and identified the lmost of academic researches that approach the theme from several ways: territorial, social, political, architectural and constructive. In this paper, this literature review will be used according it supports their arguments and achieves their main ends. 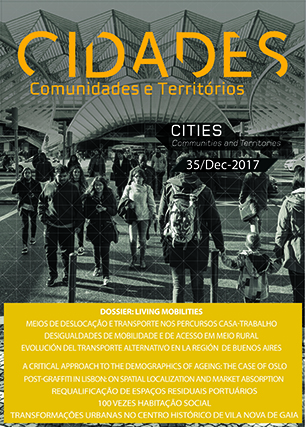