It was in November 2019 that the first cases of humans infected by COVID-19 were identified in Wuhan, China. In November 2020, the Center for Systems Science Engineering at John Hopkins University reported 55 million global cases and 1.3 million deaths. World Health Organisation broke down the global cases by regions. Until November 2020, there were 23.1 million confirmed cases in the Americas, 15.2 million in Europe, 10 million in South-East Asia, 3.5 million in Eastern Mediterranean, 1.4 million in Africa and 0.8 million in Western Pacific. These numbers show that this is a public health crisis at global scale and is not contained to a single region as happened in the recent past. Since the 2000s, there were some smaller-scale outbreaks, such as SARS (2002-2003, 700 deaths), Swine Flu (2009-2010, 200 thousand deaths) and, Ebola (2014-2016, 11.3 thousand deaths). To find a pandemic leading to a larger death toll one must go back to the 1950s and 1960s. The Asian Flu (1957-1958) killed 1.1 million people and the Hong Kong Flu (1968-1970) with 1.0 million deaths.

COVID-19 pandemic is far more than a public health crisis. It has been disrupting the livelihood of everyone, affecting the economy, and having a negative social impact on a globalised world. The landscape across several industries changed suddenly. Industries had to adapt to the pandemic, including Education and Sports. For instance, United Nations Children’s Fund (UNICEF) reported in September 2020 that at least 463 million children whose schools closed due to COVID-19, had no access to home-based learning. At the peak of the first wave and lockdowns, around 1.5 billion schoolchildren were affected by school closures. One out of three children did not have any kind of formal education for more than 6 months. Now, most educational systems are providing at least remote (radio, TV, online, etc.) or blended learning. It is no different in the Sports industry. In 2019, the 6 most popular team sports in Portugal (Handball, Basketball, Football/Soccer, Futsal, Roller Hockey) had 220,000 age-group athletes. By November 2020, these 6 team sports had a total of 46,000 age-group athletes. In one year, about 174,000 young athletes dropped out of the sport or were no longer registered at the governing bodies (i.e., National Sports Federation). One may wonder the short- mid- and long-term impact of the lack of formal education and sports participation in this cohort of schoolchildren.

Countries have been putting in place guidelines allowing athletes to resume training and competition. The guidelines, its stringency and enforcement vary from country to country and there is no stablished consensus on the best practices to tackle the transmission of the virus. There is an ongoing discussion if face mask can or should be worn doing physical exercise. A few of questions are raised quite often when one is engaged in dialogs on this matter: (1) does the mask affects the athletic performance? (2) how comfortable is to exercise wearing a face mask? (3) does the mask leads to hypercapnia (the increase of partial carbon dioxide in the body)?

The number of research papers in the literature on this topic is rather scarce (as of 14 November 2020). Running a search, it was possible to retrieve seven papers addressing the abovementioned questions (Roberge et al., 2010; Goh et al., 2019; Epstein et al., 2020; Fikenzer et al., 2020; Otsuka, Komagata, & Sakamoto, 2020; Shaw et al., 2020; Wong et al., 2020). Overall, 187 participants were recruited in these seven studies (between 6 and 106 participants). Most studies requested the participants to perform endurance exercises (cycling and walking/running) during 6 to 60 minutes at moderate-vigorous intensity (Figure 1). One study did not report the duration of the exertion, one reported 60 minutes and all others less than 20 minutes. Thus, studies addressed the effect of wearing a face mask (cloth mask, surgical mask or filtering facepiece/N95) during short bouts at moderate-maximal intensity. As such, it remains unclear the effect of wearing face mask in a wide range of sports and exercise programmes that do not require such level of physical exertion (duration and intensity).

A random effects model (restricted maximum likelihood) was run on R to estimate the effect sizes of wearing face mask (experimental conditions) in comparison to not wear it (control condition) in the athletic performance, perceived effort and partial carbon dioxide (Figure 2). Wearing face masks had a trivial effect on the athletic performance (I2 = 0%; g = -0.05; 95CI: -0.34;0.25). Therefore, wearing the mask has no effect on the performance delivered during reasonably short bouts of moderate-maximal intensity. Face masks had a large effect on the perceived effort (I2 = 71%; g = 0.61; 95CI: 0.03; 1.19). Thus, the mask is deemed as a discomfort during exercise. The face mask had a large effect on carbon dioxide retention (I2 = 76%; g = 0.55, 95CI: -0.13; 1.23). Carbon dioxide increased wearing the face mask, but below 45 mm Hg, which was selected as a cut-off value for hypercapnia (Yang et al., 2015; Morales-Quinteros et al., 2019). Having said that, the upper bound of the 95% confidence interval of at least one study (Roberge et al., 2010) is close to 45 mm Hg (95CI: 37.99-46.00) wearing a filtering facepiece/N95 and walking 60 minutes at 4 km/h. Due to the small number of studies available, one should refrain from running further analyses such as subgroup comparisons (cloth masks vs surgical mask vs filtering facepiece/N95) to have insights on the statistical heterogeneity.

In summary, little is known about wearing face mask in exercise programmes and sports that do not require short bouts (6 to 20 minutes) of moderate-maximal exertion. Face mask does not change the athletic performance in 6-20 minutes bouts of moderate-maximal exertion. However, it increases the perceived effort and the partial carbon dioxide, even though below 45 mm Hg. Exercise and sport participation guidelines under COVID-19 pandemic should strike a balance between evidence furnished by public health, economy, and sport sciences. Policymakers are invited to take into consideration the sport science evidence abovementioned when drafting and updating guidelines on physical exercise in Sports and Education settings. 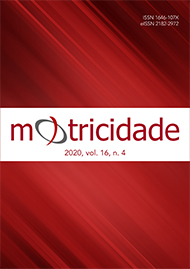