The aim of the study was to investigate the self-goal setting on the motor skill learning. Sixty undergraduates with no experience in the Bachman ladder task were recruited for this research. The phases of the design were: acquisition (10 blocks × 10 trials) and transfer (10 trials). Participants were randomly assigned into two groups (n= 30): self-goal setting and yoked. From the yoked group a third group was stratified, which involved those participant that, even with a goal externally set, self-set their own goal (n= 20). In the acquisition phase a Friedman’s test was run in each experimental group to determine intragroup differences. In the transfer phase a Kruskal-Wallis test was carried out to check differences between groups. The results showed that for all groups there was increase in performance during acquisition phase. In the transfer test both self-goal setting groups were better than yoked group. It was concluded that when the learner sets his own goals, the process of motor learning became more effective. 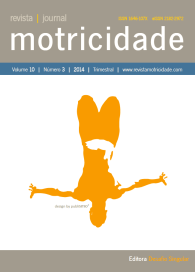